Construction of Stenwood Elementary School was started in the spring of 1963 on a ten-acre site in the Dunn Loring Woods subdivision. The building was not completed in time for the opening of schools the following September, so students were temporarily housed at three area elementary schools, namely Dunn Loring, Flint Hill, and Vienna. Our first principal, William “Bill” Berkeley Martin, worked out of an office at Vienna Elementary School. Our first librarian, Mildred S. O’Neill, travelled to the three schools and circulated books from each library. Stenwood Elementary School was completed and moved into on February 3, 1964.

Built by the Wayne Construction Company at a cost of $431,000, Stenwood Elementary School was originally designed with 20 classrooms that had folding walls which could be opened during sessions of cooperative teaching. During the first year, enrollment was approximately 400 students. By September 1964, that number had grown to 584 students. One year later, in September 1965, enrollment had swelled to 705 students.

In the 1960s, Fairfax County elementary schools educated children in grades one through six. In 1967, FCPS piloted a kindergarten program in seven schools, which proved so successful that kindergarten was adopted county-wide the following school year. Approximately 8,100 children enrolled in kindergarten classes in the fall of 1968.

In December 1983, the School Board named the library at Stenwood in honor of Mildred O’Neill. Ms. O’Neill was Stenwood’s first librarian. The Board commended Ms. O’Neill, who had recently retired after 25 years of service to Fairfax County Public Schools, for her diligence, professionalism, and for making the school library the “focal point of the whole Stenwood academic program.”

Stenwood Elementary School’s first renovation began during the winter of 1986. One year later, in February 1987, the School Board passed a resolution naming the new gymnasium and addition at Stenwood “The William B. Martin Center.” The Board chose to name the center in honor of Mr. Martin in recognition of his 32 years of service to Fairfax County Public Schools, and for his leadership in encouraging academic excellence and strong community involvement at Stenwood.

Here at Stenwood School in the year 1987, we are fortunate to have a computer lab. It is equipped with seven Atari computers on moveable carts with monitors and disk drives. Currently there is one printer set up. All the students in the school are scheduled some time each week on the computer. They are learning the Logo language, word processing skills, and using software to reinforce their classroom skills. We are certain there will be great progress in this area in the future. ~ From “Stenwood Is Great!”

During the construction of Stenwood Elementary School, members of the Dunn Loring locality thought it would be fitting to name the new school after the late Walter A. Stenhouse, who had long been active in community affairs. The Fairfax County School Board rejected the suggestion because, at that time, elementary schools were named for the neighborhoods they were built to serve. The name Stenwood was chosen instead because it was the name of a small neighborhood that had been established by the Stenhouse family across Gallows Road from the school. Only a few of the neighborhood’s homes remain standing today due to the widening of Gallows Road and Interstate 66.

After construction of Stenwood Elementary School was complete, Edna W. Stenhouse, Walter Stenhouse’s widow, planted dogwood trees and azaleas, and had a sundial placed in the elevated circle of the school’s driveway in memory of her late husband. In 1983, during the preparations for Stenwood Elementary School’s 20th anniversary, the sundial’s brick base was rebuilt by three generations of Stenwood supporters, namely Joe Bell; his son, Ted, a Stenwood alumnus; and Ted, Jr., then a kindergartener at Stenwood. The brass sundial was refurbished by Dante Notaro, husband of Antoinette Notaro, a teacher at Stenwood. The Stenhouse memorial was rededicated during the anniversary celebration. Watch this video to learn more about the Stenhouse family.

Following the outbreak of the Spanish-American War, in May 1898, Secretary of War Russell Alger selected several farms near Dunn Loring and Merrifield upon which to build a training facility for the United States Army. By the end of June some 23,000 troops were stationed in the area at Camp Alger. The land where Stenwood Elementary School stands was used as a campsite by the United States Army’s 13th Pennsylvania Infantry Regiment. The Army’s 1st Division Headquarters was located a short distance southwest of our school. From July to November 1898, a typhoid epidemic, spurred on by contaminated drinking water, swept through Camp Alger, eventually forcing its closure. 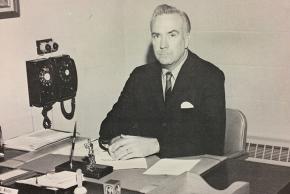 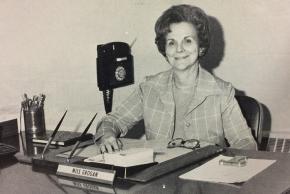 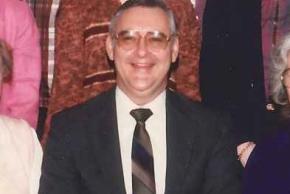 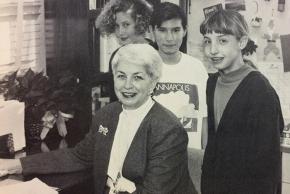 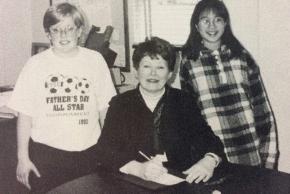 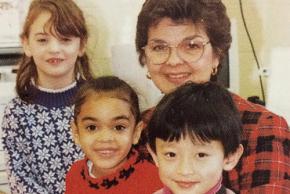 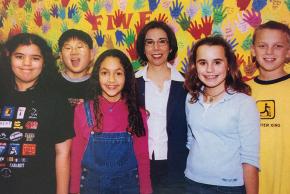 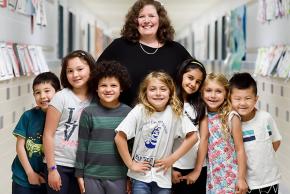 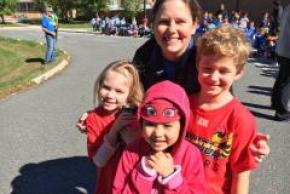